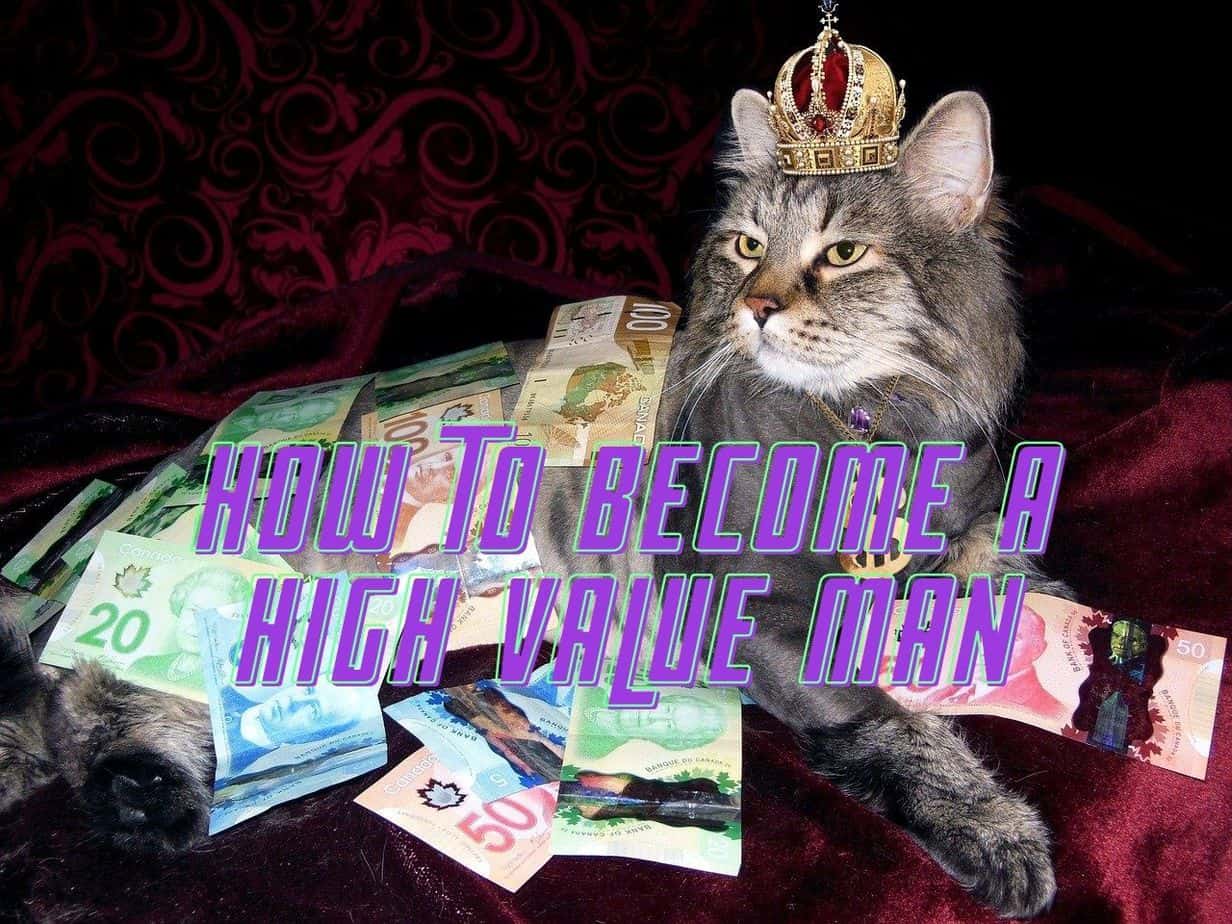 How to Become a High Value Man

A High Value Man is Masculine

He carries himself like a man, not like an androgynous boy. He does not believe in fake buzzwords like “toxic masculinity”. He does not feel guilty or ashamed for being a man, and having the needs of a man. He likes himself and doesn’t feel the need to constantly obtain external approval or validation from others. Instead he likes himself as he is right now while also constantly striving to better himself. A high value man takes care of his body and oozes confidence. He has good posture and carries himself like a winner. Basically, he’s the exact opposite of the emasculated Western Soy-boy.

A High Value Man is A Leader

A high value man knows about the importance of being a strong leader and setting the tone. He knows that people and the women in his life will look to him as a strong source of authority and leadership. If he fails to display the necessary leadership traits, people will lose respect for him. Knowing that, the high value man constantly has a plan. He constantly has cogs spinning in his head. He thinks about the tasks of the day, what he needs to accomplish and how to best reach that goal. A high value man leads by example. He does not impose standards on others that he himself fails to live up to.

A High Value Man is Positive

A high value man knows that a positive mental attitude of expectation makes all the difference in the world. He knows that the right attitude makes all the difference in the world. He avoids the self-defeating victim mindset. He avoids negative and toxic people. He doesn’t allow other people to walk all over him or infect him with their negativity and problems. He places a high value on his time and company and doesn’t associate with people who aren’t going where he wants in life.

A High Value Man is Disciplined

A high value man always makes his needs a priority. He is unapologetically selfish, not a selfless doormat who is constantly bending over backwards for other people. Others call him a jerk and an asshole, but for some reason he gets treated with more respect then the Nice Guy. A high value man knows that it’s a dog eat dog world out there and its every man for himself. Other men are his competition. They may smile in his face but that doesn’t mean they wouldn’t stab him in the back or steal his girl if they could get away with it. A high value man knows that nature, including human nature is ruthless. He strives to adopt and emulate this same detached ruthlessness. Its nothing personal, but this life is a competition, like it or not. Some men win and some men lose.

A high value man knows that although people say not to judge a book from its cover, nothing could be further from the truth. First off, many books get bought for their cover alone, and all of initial attraction is based off a persons looks. A high value man realizes that he must keep himself fit, muscular and lean if he wishes to have a fulfilled life. Their is nothing like being lusted after by beautiful women and respected by other men. Being disciplined and religiously hitting the gym while eating tons of protein will ensure that a man is treated well. I’ve experienced both sides of the equation. Being treated well by other people matters, no matter what other people say. Sticks and stones can and will break your bones, and your spirit as well.

A High Value Man Has Money

I know, I know, you’ve been told that money isn’t everything and money doesn’t matter. Well guess what? The people who said that to you were either straight up lying to you or coping hard.  A man will be judged by society, women and other men by the amount of money he has and makes. That’s just the simple reality of the world. Pretending that something isn’t true won’t make it so. Money matters, matter of fact everything matters. It’s hard to feel like a man if you aren’t employed, building and improving your financial situation. Being broke is a terrible feeling and I can’t recommend it to anyone in good faith.

If you’ve gotten this far in the blog article then it means you are serious about becoming a high value man. Becoming a high value man means leading with your actions, not your words. Talk is cheap, but actions never lie. Your actions always reveal and reflect your true beliefs and character traits. You may lie to yourself and lie to other people , but sooner or later your actions will either reinf0rce your words or expose them as nothing but hot air. In other words, you need to take an objective look at yourself and hold yourself fully accountable. Doing anything in less is lying to yourself.

TRAITS OF A HIGH VALUE MAN: